Capitalism, Post-Capitalism and Transition Strategies Towards a Sustainable and Socially Just P2P Society

Premises for a Peer-to-Peer Economy

Premises for a Peer-to-Peer Society

During the second week of his visit, Michel Bauwens has organized three seminars linked to Google-hangout discussions with experts on specific problems connected to understanding economic “value” in a commons based, collaborative, contributory economy. The fundamental issue to be explored is how to generate sustainable living for people who fully engage the emerging p2p economy. This is a central issue in a Real Utopias logic of social transformation: What are the effective strategies for building enclaves of alternative economic practices within capitalism that (a) embody emancipatory principles, (b) provide sustainable ways for people to gain their livelihoods through the alternative practices, and (c) have a dynamic capacity to expand the space for post-capitalist economic relations and thus erode the hegemony of capitalism itself?

Understanding ‘Value’ in a Contributory Economy: Beyond the Industrial Wage System in an Emerging Post-capitalist Economy

The wage system seems no longer appropriate in a contributory economy in which contributions create shared common pools of knowledge, which in turn stimulate economic streams. In this series of investigations, we will explore the problem of understanding value in a collaborative commons and how to generate livelihoods through contributions to the commons:

Session 2. Wednesday, February 18, 12:15-2:00pm, 336 Ingraham. The State of Research: Presentation by researchers in the EU funded P2P Value project which examined such communities in depth 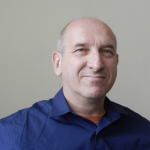 MICHEL BAUWENS is the founder of the Foundation for Peer-to-Peer Alternatives and works in collaboration with a global group of researchers in the exploration of peer production, governance, and property. He is currently Primavera Research Fellow at the University of Amsterdam and external expert at the Pontifical Academy of Social Sciences. Bauwens has also served as research director of the transition project towards the social knowledge economy, an official project in Ecuador, and of the floksociety.org research group, which produced the first integrated Commons Transition Plan for the government of Ecuador aimed at creating a ‘social knowledge economy.’