The Political Economy of Liberation Struggles

The Rise and Decline of Latin America’s Pink Tide

Co-sponsored by the Latin American, Caribbean, and Iberian Studies Program 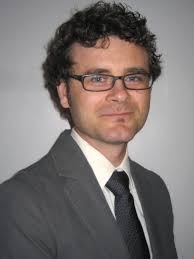 JEFFERY R. WEBBER is a Senior Lecturer in the School of Politics and International Relations at Queen Mary University of London. He sits on the editorial board of Historical Materialism and is the author of The Last Day of Oppression, and the First Day of the Same: The Politics and Economics of the New Latin American Left (Haymarket 2017), Blood of Extraction: Canadian Imperialism in Latin America, with Todd Gordon (Fernwood, 2016), Red October: Left-Indigenous Struggles in Modern Bolivia (Haymarket 2012), and From Rebellion to Reform in Bolivia: Class Struggle, Indigenous Liberation, and the Politics of Evo Morales (Haymarket 2011).