Narrated by Jeffrey Wright, Rigged: The Voter Suppression Playbook (directed by Michael Kasino) chronicles how the right to vote is being undercut by a decade of dirty tricks – including the partisan use of gerrymandering and voter purges, and the gutting of the Voting Rights Act by the Supreme Court. The film captures voter suppression efforts in Wisconsin, North Carolina, and Texas. 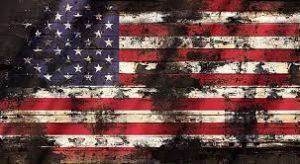 Co-sponsored by the Society & Politics Committee of the Wisconsin Union Directorate.