The Vertical Secession of the Elites:  Understanding Urban Polarisation in Three Dimensions

Co-sponsored by the Departments of Planning and Landscape Architecture and Geography at UW-Madison. 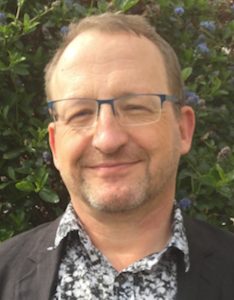 Stephen Graham is a scholar of cities and urban life. He is Professor of Cities and Society at Newcastle University’s School of Architecture, Planning and Landscape. Prof. Graham’s research and writings explore how cities and urban life are being altered through transformations of infrastructure, mobility, digital media and surveillance. His more recent work addresses the politics of urban security and the growing vertical reach of cities. Prof. Graham’s books include Splintering Urbanism and Telecommunications and the City (both with Simon Marvin); The Cybercities Reader; Cities, War and Terrorism; and Disrupted Cities: When Infrastructure Fails. Prof Graham’s  2011 book Cities Under Siege: The New Military Urbanism was nominated for the Orwell Prize in political writing and was a Guardian book of the year. His most recent book, Vertical: The City From Satellites to Bunkers, was published by Verso in 2016. Prof. Graham is a Fellow of the British Academy.