Everything Flows: In Praise of Floods 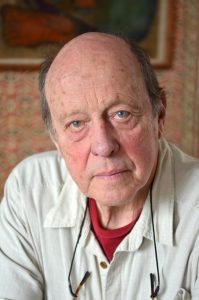 James C. Scott is Sterling Professor of Political Science and Professor of Anthropology and is co-Director of the Agrarian Studies Program at Yale University. His research concerns political economy, comparative agrarian societies, theories of hegemony and resistance, peasant politics, revolution, Southeast Asia, theories of class relations and anarchism.  His books include Domination and the Arts of Resistance, Yale University Press, 1985, Weapons of the Weak, Yale University Press 1980, Seeing Like a State, Yale University Press, 1998; Two Cheers for Anarchism, (Princeton Press, 2013), The Art of Not Being Governed, Yale Press 2009,  and Against the Grain, Yale Press 2017. He formally retired in July 2021 and now calls himself “professor demeritus.” He lives on a farm in Durham, Connecticut and was, for 22 years, a sheep breeder and shearer.