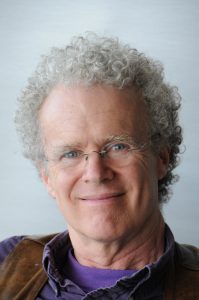 Renowned social scientist Erik Olin Wright has been lauded across the planet as scholar, teacher, colleague, and human being. He left us an intellectual legacy that has two strands: class analysis and the exploration of real utopias.  On the one hand, starting with his dissertation in 1976, he advanced novel Marxist frameworks for the study of class – frameworks that he elaborated and tested in social surveys conducted in more than 15 countries, culminating in 1997 with the book Class Counts. On the other hand, starting in 1991, he began a seemingly different project to discover actually existing institutions, organizations and visions that instantiated socialist values of freedom, equality and solidarity, what he called real utopias.  Over 25 years the project gave rise to a series of empirical investigations of real utopias – based on conferences at the Havens Center (recently renamed the Havens Wright Center) and published by Politics and Society and Verso. Wright wrote two programmatic assessments, one in 2010, Envisioning Real Utopias and a second one, intended as a guide to “strategic logics”, completed only a few months before he died: How to be an Anti-Capitalist in the 21st Century (Verso, 2019 forthcoming).

This two-day conference will examine each of these projects separately and together.  One of the abiding paradoxes of Wright’s work is the gap between the two projects: the first focuses on class without utopia, while the second focuses on utopia without class. We will, therefore, first examine how the projects were so different, but also how they were connected.  We will do this by exploring two themes that thread through his corpus: first, the relation between Marxism and Sociology and second the ideas behind Analytical Marxism. The challenge of this conference is to explore the tensions in thought reflected in his work, which certainly survive him, and so not to treat his work as finished.

The conference consists of four panels: Marxism and Sociology, Class Analysis, Analytical Marxism, and Real Utopias. Each panel will be defined by the presentation of a paper followed by three discussants.  The event is sponsored by the Havens Wright Center for Social Justice at the University of Wisconsin, Madison where Wright spent 42 years.  It will take place November 1-2, 2019.