The Myth of American Decline 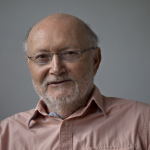 SAM GINDIN is a Canadian who got his MA in Economics at the University of Wisconsin-Madison in the early 1970s and spent most of his working life (1974-2000) as the Research Director of the Canadian Auto Workers (and since 1985 as an Assistant to the President). From 2000-2010, he led the position of Visiting Packer Chair in Social Justice at York University. He remains active in the labour and social movements.  His writings have focused on the CAW, the auto industry, the crisis in organized labour in Canada and the US, and the political economy of American capitalism. His most recent and most ambitious project was, with his co-author Leo Panitch, of The Making of Global Capitalism: The Political Economy of American Empire.