The Possibilities and Limits of Syriza

Co-sponsored by the Center for European Studies and Institute for Regional and International Studies. 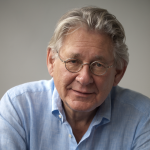 LEO PANITCH is the Canada research chair in comparative political economy and distinguished research professor of Political Science at York University, Toronto. For the past three decades, he has been editor of the Socialist Register. His book (with Sam Gindin), The Making Of Global Capitalism: The Political Economy Of American Empire (2012) was awarded the Deutscher book prize in the UK and the Davidson book prize in Canada. Among his many other books are In and Out of Crisis: The Global Financial Meltdown and Left Alternatives (2010); Renewing Socialism: Transforming Democracy, Strategy and Imagination (2008), and The End of Parliamentary Socialism: From New Left to New Labour (2001).