Co-sponsored by Institute for Regional and International Studies 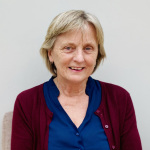 KATHLEEN LYNCH is Professor of Equality Studies at University College Dublin. She has played a leading role in founding the UCD Equality Studies Centre and the UCD School of Social Justice. She has co-authored a number of major texts on equality (Equality: From Theory to Action, 2004, 2nd ed. 2009) and on care and justice (Affective Equality: Love, Care and Injustice, 2009). Her most recent book was co-authored with Bernie Grummell and Dympna Devine, titled New Managerialism in Education: Commercialization, Carelessness and Gender (2012, 2nd ed. 2015). She is currently undertaking theoretical research on the concepts of love, care and solidarity and their relationship to social justice. She is also leading a study titled Equality in Practice: Studies in Working, Learning and Caring, and is the Irish partner in a study of Solidarity in Europe (2015-2018) involving 12 European countries.