Why Dismantling Racism is Central to Democracy 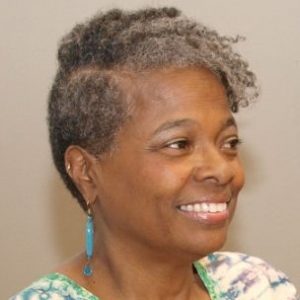 JAMALA ROGERS is an award-winning community activist and author with more than four decades of experience organizing for racial justice and gender equity. During the 1970s, she helped found the St. Louis Chapter of the Congress of African People and was involved in the African Liberation Support Committee and the National Black Political Assembly. She is a founder and past chair of the Organization for Black Struggle, which was established in St. Louis in 1980 to work on issues related to repression, electoral politics, youth, education and the cultural arts. She is co-chair of the Coalition Against Police Crimes and Repression (CAPCR) and has been deeply involved in the struggle for racial justice in the wake of the police killing of Mike Brown in Ferguson. Rogers is a prolific contributor to websites and blogs and a featured contributing writer for The St. Louis American. Twenty years of her columns were collected and published as The Best of The Way I See It: and Other Political Writings (1989-2010). Her latest book is Ferguson is America: Roots of Rebellion, which chronicles the long-standing fight for racial justice and human rights in St. Louis, taking us on an intimate journey of the history of systemic racism and police violence and affirming why black lives have always mattered. During the spring 2017 semester, Rogers is a Havens Center activist-in-residence, a program made possible through the generosity of the Link Friendship House.