What does thinking about reproductive politics get us? 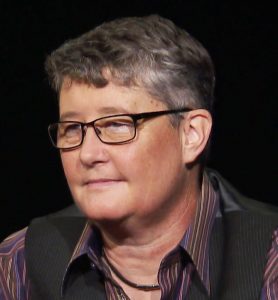 LAURA BRIGGS is Professor of Women, Gender, Sexuality Studies at the University of Massachusetts and an interdisciplinary scholar of reproductive politics and the U.S. relationship with Latin America. She is an internationally known historian of reproductive politics. She has published dozens of articles, most recently in the International Feminist Journal of Politics; Feminist Studies; Radical History Review; Scholar and the Feminist Online; American Indian Quarterly; and Scripta Nova (Barcelona), on topics ranging from Puerto Rico and debt imperialism to Central American child migrants. She is the author of Somebody’s Children: The Politics of Transracial and Transnational Adoption (2012), which won the Rawley Prize from the Organization of American Historians for the best book on US race relations, Reproducing Empire: Race, Sex, Science and U.S. Imperialism in Puerto Rico, and How All Politics Became Reproductive Politics: From Welfare Reform to Foreclosure to Trump (University of California Press, 2016). She is currently working on a book entitled The Future is Born in Small Places: The Gendered Politics of Freedom, Debt Imperialism, and Unnatural Disaster in Puerto Rico.