Populism, Britain & the Crisis of the European Union

Brexit, Scottish independence and the Break-Up of Britain

Populism, Sovereignty and the Crisis of Cosmopolitan Europe

Co-sponsored by the UW-Madison Political Science Department and the Jean Monnet European Union Center of Excellence for Comparative Populism. 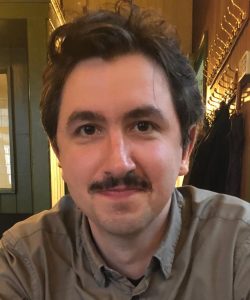 JAMES FOLEY is a lecturer and researcher at Glasgow Caledonian University in Scotland where he conducts research on populism, sovereignty, immigration, and British and European politics. James is also the author (with Peter Ramand) of Yes: The Radical Case for Scottish Independence (Pluto, 2014). He is a member of the editorial board of Conter, and has written for a variety of publications including The Guardian, Open Democracy and The Socialist Register.