Class Collaboration or Class War? The Battle to Define Profit, Progress, and the Purpose of Unionism in the 20th Century Labor Movement

“We’re Not Going to Be Second Class Citizens in the South”: the Radical, Interracial Organizing Model of the Farm Equipment Workers in Louisville, Kentucky 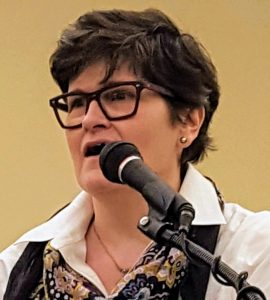 Toni Gilpin is a labor historian, writer, and activist who holds a Ph.D in American History from Yale University. She is the author of The Long Deep Grudge: A Story of Big Capital, Radical Labor, and Class War in the American Heartland (Haymarket Books, 2020) and is co-author (with Gary Isaac and Dan Letwin) of On Strike for Respect: The Clerical and Technical Workers’ Strike at Yale University, 1984-85. Her writing has been published in progressive media outlets and labor-connected journals like Jacobin and In These Times, and she was the recipient of the 2018 Debra Bernhardt Award for Labor Journalism. She contributes frequently to the labor activist magazine Labor Notes, including an ongoing series of movie reviews about films with working class content.