After the Scottish Independence Referendum: Nationalism, Class & the Future of Scotland & Britain 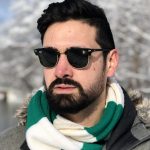 PETE RAMAND is the co-author of YES: The Radical Case for Scottish Independence (Pluto Press, February 2014) and is the editor of Old Nations, Auld Enemies, New Times: The Selected Works of Tom Nairn (Luath Press, September 2014). He is a co-founder of the Radical Independence Campaign – the non-nationalist movement for Scottish sovereignty – and has worked as a coordinator for this campaign for the last two years.