Protesters, Imageries of Mass Murder, and the Remaking of Memory in West Germany and the United States?

Co-sponsored by the Center for German and European Studies 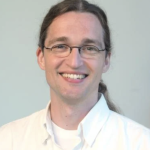 THOMAS PEGELOW KAPLAN is Associate Professor of modern European history at Davidson College, NC. His research focuses on histories of violence, language, and culture of Nazi Germany and Nazi-occupied Europe and the 1960s global youth revolts. He is the author of The Language of Nazi Genocide: Linguistic Violence and the Struggle of Germans of Jewish Ancestry (Cambridge University Press), which explores how words preceded, accompanied, and made mass murder possible. He is currently completing a book on the interactions between leftist protest movements in West Germany and the United States from the 1950s until the early 1980s, their changing imageries of past and current mass crimes, and their impact on national and transnational memory cultures.