The Fire This Time: Ferguson, St. Louis, and the American City 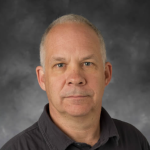 COLIN GORDON is Professor of History and Public Policy at the University of Iowa.  He is the author of Mapping Decline: St. Louis and the Fate of the American City, which traces the transformation of metropolitan St. Louis in the 20th century, focusing on local regulation of land use, including restrictive deed covenants, real estate restrictions, and municipal zoning; and most recently, Growing Apart: A Political History of American Inequality, which traces the causes and consequences of economic inequality in the United States. Previous books include New Deals: Business, Labor and Politics, 1920-1935; and Dead on Arrival: The Politics of Health in Twentieth Century America. He is a senior research consultant at the Iowa Policy Project, for which he has written a number of reports on health coverage, economic development, and wages and working conditions (including the biennial State of Working Iowa series).  He received his PhD (History) at the University of Wisconsin and previously taught at the University of British Columbia.