The Great Recession in Perspective

A New Political Generation? Millennials & the Dynamics of the Post-2008 Cycle of Protest 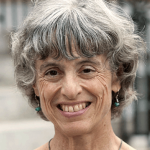 RUTH MILKMAN is Distinguished Professor of Sociology at the CUNY Graduate Center and at the Joseph S. Murphy Institute for Worker Education and Labor Studies, where she teaches Labor Studies and also serves as Research Director. Milkman is a sociologist of labor and labor movements who has written on a variety of topics involving work and organized labor in the United States, past and present. Her early research focused on the impact of economic crisis and war on women workers in the 1930s and 1940s. She then went on to study the restructuring of the U.S. automobile industry and its impact on workers and their union in the 1980s and 1990s. More recently she has written extensively about low-wage immigrant workers in the U.S., analyzing their employment conditions as well as the dynamics of immigrant labor organizing. She is the author or co-author of a dozen books, including Gender at Work: The Dynamics of Job Segregation by Sex during World War II, Farewell to the Factory: Auto Workers in the Late Twentieth Century, L.A. Story: Immigrant Workers and the Future of the U.S. Labor Movement, and Unfinished Business: Paid Family Leave in California and the Future of U.S. Work-Family Policy (with Eileen Appelbaum).