The Causes of War

Has War Declined Through Human History 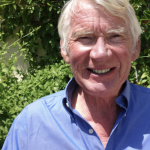 MICHAEL MANN is Distinguished Research Professor of Sociology at the University of California, Los Angeles (UCLA) and Honorary Professor at the University of Cambridge. He is the author of more than a dozen books, including Incoherent Empire (awarded the Friedrich Ebert Foundation Prize), The Dark Side of Democracy: Explaining Ethnic Cleansing (recipient of the ASA’s Barrington Moore Award), Fascists, and most notably the multi-volume The Sources of Social Power, the last two volumes of which (Global Empires and Revolution 1890-1945 and Globalizations 1945-2011) were published by Cambridge University Press in 2012 and 2013 respectively.